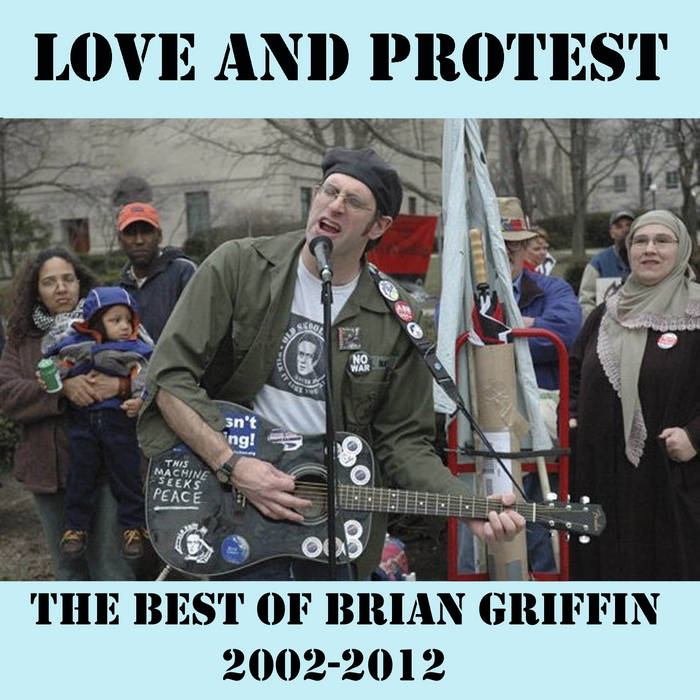 This collection covers the highlights of Brian's studio albums and internet single releases.

Special thanks to all the wonderful musicians who put their time and talents into the creation of these songs and to all the performers who came before me and those that I was honored to share a stage with over the years. I couldn't of done it without you and your inspiration!

Thanks to everyone who walked with me on this path as I worked my way through the last 10 years especially Laura, Lisa, Beth and my sons Paul and Benjamin

Thanks to everyone who bought CDs, downloaded tracks, came to shows and helped spread the word, Thanks for believing in the message!

Peace and love to everyone, and Hope to see you all soon, here's to the future!

Brian Griffin has been a regular performer at various coffeehouses, benefit concerts, vigils against the death penalty and pro-peace rallies since 2000. In February 2002, work began on an debut album, "Late Bloomer" released in March 2003. The albums "HomeFront" and "LoveLoss" followed 2005. Currently Brian is completing a 4th album and continues playing shows & benefits in the Central Ohio area. ... more

Bandcamp Daily  your guide to the world of Bandcamp

Featuring Oakland sounds from the Smart Bomb collective and Samplelov.